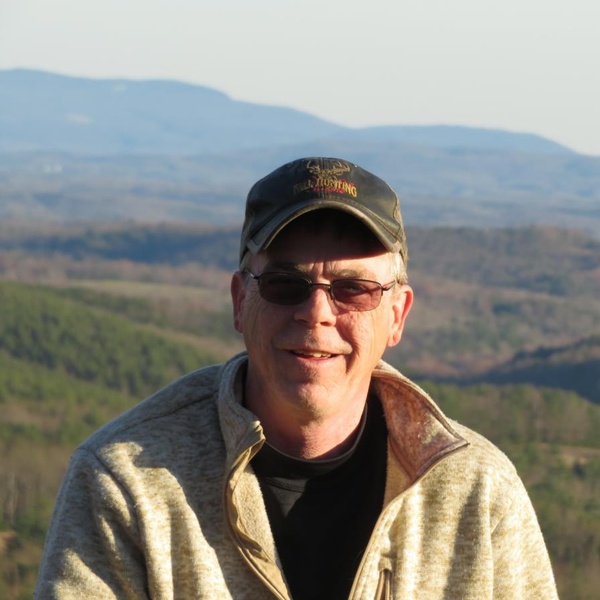 Paul Andrew Crawford, better known as Drew by his family and friends, departed this life on February 19, 2021. He was born on May 2, 1966 and was a lifelong resident of Franklin County, Virginia. In his younger years, he always enjoyed outdoor adventures like fishing, four wheeling and driving his Cobra. His father, Paul a.k.a. Pops, would call Drew MacGyver because he was so talented with his hands and could fix or build anything. He enjoyed spending time with his parents and his four sisters. His mother, Mary, and he enjoyed a very special bond because he was her only son. Drew met the love of his life, Teresa, on October 2, 1987 at a get-together at their friends house. They went on their first date on October 10, 1987 and two short months later, he proposed marriage to her. Drew and Teresa were married on March 19, 1988 at Sandy Ridge Baptist Church by Pastor Joe Dillon. They enjoyed going on small getaways together such as Mariners Landing. Drew and Teresa continued his love of the outdoors with camping, bonfires and four wheeling. He even built his own shooting range where he taught Teresa how to shoot a gun. They shared their love of the outdoors with others as well, such as motorcycle trips with Mildred and Tommy. Drew and Teresa began expanding their family with the birth of their first son, Alec, on November 20, 1991 and their second son, Corey, on May 1, 1994. Even though they quit having children, they gained a daughter (in-law), Casey, on April 20, 2020. Drew was always a hard-working provider for his family but he always made time for his wife and sons and his extended family. He was very proud of his sons. Alec and Corey, will always fondly remember their special times with their loving father such as hiking, fishing, learning how to shoot a gun and receiving construction lessons on building various things together. He is preceded in death by his mother, Mary Stickman Crawford and his mother-in-law, Mildred Kathleen Wilson. He leaves to cherish his memory his wife, Teresa Ann Crawford, his sons, Paul Alexander Crawford “Alec” and Corey Taylor Crawford and wife Casey, his father Paul Flenner Crawford, his four sisters Faith Deaver and husband Ross, Alison Vest, Kristen Bradner and husband Brian, Whitney Bradd and husband Justin, father-in-law Thomas Joseph Wilson, Jr, brother-in-law Thomas Joseph Wilson III and wife Rhonda, nieces and nephews, Joey Wilson, Annie Remine, Kayla Duncan, Trevor, Zachary, Tyler and Peyton Deaver, Megan and Jared Vest, Ashlyn and Avery Bradner, Mary Cadence, Emma and Jonathan Bradd, and a host of special family and friends. The family is having visitation Tuesday, February 23, from 6 to 8 PM at Conner Bowman funeral home in Rocky Mount, Va and the service will be held Wednesday, February 24 at 1 PM at Conner Bowman funeral home. If you feel so inclined, in lieu of flowers, donations can be made to the family via go fund me account. Due to the mandates placed by the Governor of Virginia over the COVID-19 pandemic, we will be following the guidelines for social distancing and face masks. Arrangements by Conner Bowman Funeral Home, 62 Virginia Market Place Drive, Rocky Mount, VA 24151. (540) 334-5151.
To order memorial trees or send flowers to the family in memory of Paul Andrew "Drew" Crawford, please visit our flower store.