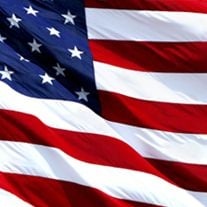 Peter Katalenas Jr, age 68, of Rocky Mount, VA was called home to our Lord on Saturday, February 13, 2021. Peter was born in Brooklyn, New York and spent most of his life on Staten Island, New York. He proudly served his country during the Vietnam War. Returning to civilian life Peter served as a Supervisor for the New York City Department of Sanitation. He retired in 2011 after 30 years of service. Most importantly, Peter is remembered as a loving husband, father, grandfather, and brother. He was especially fond of spending time with his grandchildren. In addition to caring for his family Peter enjoyed analyzing the ebbs and flows of the stock market. Peter was preceded in death by his loving wife Louise. He is survived by two brothers, George (Beverly) and (Frank (Joanne), two married children, Peter (Erika) and Kimberly (Anthony), and six grandchildren, Maria, Riley, Kristin, Erin, Declan and Liam. Graveside services with military honors will be conducted 11:00 a.m. Monday, February 22, 2021 in Resurrection Cemetery, Staten Island, NY. Arrangements by Conner-Bowman Funeral Home, 62 VA Market Place Drive, Rocky Mont, VA 24151
To order memorial trees or send flowers to the family in memory of Peter Katalenas, Jr., please visit our flower store.