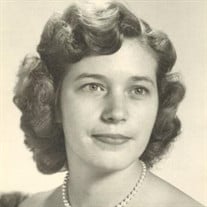 HOLLAND, CLARA MARIE MORGAN. age 87, of Rocky Mount, VA, passed away Tuesday, July 21, 2020, at the Runk and Pratt Smith Mountain Lake Senior Living Community, Hardy, VA where she had resided since August 2013. Born May 20, 1933, in Bedford County, VA, she was a daughter of the late Samuel Henry Morgan and Clara Blankenship Morgan. Being the last surviving sibling, she was preceded in death by five brothers, James Henry Morgan, Randolph Thomas Morgan, William Wallace Morgan, Samuel Lynwood Morgan, and Alfred Clay Morgan, Sr. and three sisters. Lucille Morgan Kendrick, Reva Morgan Bohn, and Matleen Morgan Cox. Marie was a 1953 graduate of Huddleston High School. Earning a high school diploma was quite an accomplishment, as she was the only one in her family to do so. A member of the basketball team for two years, she was awarded the Athletic Medal in her senior year. She was a retired employee of E. I. DuPont de Nemours and Co., Martinsville, VA, with 26+ years of service. She was a member of Palestine Baptist Church. She was preceded in death by her beloved husband of 60 years, Marvin Everett Holland. They were married on April 23, 1957. Marie is survived by a sister-in-law, Betty G. Morgan, many nieces and nephews, great nieces and nephews, great-great nieces and nephews, other relatives and special friends. The family would like to thank the staff of Runk and Pratt for the loving care given to Marie while she was a resident there. Graveside services will be conducted at 9:30 a.m. Thursday, July 23, 2020 in Franklin Memorial Park, Rocky Mount, VA with the Rev. Wayne Murphy officiating. There will be no visitation. Arrangements by Conner-Bowman Funeral Home, 62 Virginia Market Place Drive, (Route 220 @ Wirtz Road) Rocky Mount VA (540)334-5151 www.connerbowman.com

The family of Clara Marie Morgan Holland created this Life Tributes page to make it easy to share your memories.

Send flowers to the Holland family.