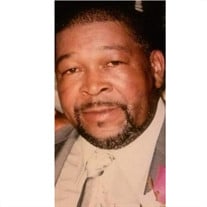 On Saturday, May 14, 2022, James Douglas Holland often called Jimmy, accepted the Lord’s call to come home and ended his wonderful life’s journey on earth at age 70. Shared reflections on James Douglas Holland’s life… Jimmy begins with his birth on March 9, 1952, to the late Tressie Holland and James Ernest Holland in Rocky Mount, Virginia. He grew up and attended school in the Franklin County School System. After graduating from Lee M. Waid High School he entered the military serving in the United States Army from 1972 – 1974, where he received an Honorable Discharge. He is also noted for receiving a National Defense Service Medal Sharpshooter M16. He later married the love of his life, Kathy Lou Casey on July 1, 1989. Jimmy was employed by JD Bassett where he worked for 18 years. He continued his employment with an additional 15 years at Fleetwood Homes in Rocky Mount. Jimmy along with his wife often enjoyed attending the Coles Creek Baptist Church of Rocky Mount. He enhanced his many life’s works along with enjoying his many hobbies. There was always a special time spent with family. Some of his hobbies include fishing and hunting with friends and he has been a long-time member of the “Coles Creek Hunting Club” and always enjoyed going hunting. Other enjoyable hobbies entertained during his wonderful life with his friends include dancing, playing spades, horseshoes, dominos, and shooting pool. He often amused his family and friends with his amazing sense of humor. James Douglas Holland “Jimmy” will always be remembered for his unconditional love for his family. Jimmy was preceded in death by his father, James Ernest Holland and his mother, Tressie Townes Holland; two sisters, Lolene Mattox, and Ernestine Holland Dent; one niece, LaShawn Allen; and one nephew, Charles Wayne Holland II. He is survived by his loving wife, Kathy Holland; one son, Jeffery Holland; two daughters, Nicole Bernard, and Larissia C. Custis; brother, Charles Wayne Holland; five sisters, Thelma Mattox, Marguerite Brown, Jean Russell, Lizzie Ross, and Edith Annette Manns. He is also survived by a host of nieces, nephews, cousins, and friends. Funeral services will be conducted 1:00 PM Friday, May 20, 2022, at Conner-Bowman Funeral Home. Interment will follow in the Coles Creek Baptist Church Cemetery with military honors. The Holland Family will receive friends one hour prior to the service beginning at 12:00 PM at the funeral home. Arrangements by Conner-Bowman Funeral Home, 62 VA Market Place Drive, Rocky Mount.

The family of James Douglas Holland created this Life Tributes page to make it easy to share your memories.

Send flowers to the Holland family.