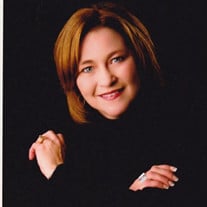 Jennifer Lynne Young of Callaway, Virginia was a treasured mother, wife, daughter, sister, grandmother, friend, mentor, teacher, church member and community leader whose flame will continue to burn on in the lives of those she inspired and the community forever influenced by her dedication to art education and enrichment. She never met a stranger, accepted others as they were and pushed those she met to become who they aspired to be. She loved fearlessly, spoke freely, dreamed creatively, gave of her time and talent generously, and thought of each student and instructor as a member of her family. Jennifer gracefully danced her way out of this world on September 19, 2021 at the age of 57 after a courageous battle with ALS (amyotrophic lateral sclerosis, commonly called Lou Gehrig’s Disease). She was surrounded by her adoring family, encouraged by her arts family at Blue Ridge Performing Arts Academy (BRPAA), uplifted by her Piedmont Presbyterian Church family, supported by the medical families at Carilion Clinic Hospice, Carilion Clinic Family Medicine, and VCU Health and loved by many close friends. She maintained her fierce sense of humor, positive outlook, and generosity toward others until the very end. Her family is eternally grateful for the loving care of her doctors, nurses, family, and friends. For more than 40 years, Jennifer inspired others through the performing arts. She was born on December 21, 1963 to two educators, Joe Ben and Joyce Ann Jamison, who nurtured her creative spirit and desire to teach. She began dancing as a child when her parents took her to the dance hall at Roanoke Civic Center for ballroom dancing. She began taking lessons at the age of 7 under Ray Hollingsworth and taught her first class for younger students when she was 15. During her school years, she also was a percussionist for the Franklin County High School marching band and sang in the Piedmont Presbyterian Church choir. After graduating from high school, Jennifer went on to teach dance at local firehouses and attended Ferrum College where she was part of the Ferrum Singers. She gave birth to a daughter whom she inspired to be a creative spirit through singing, playing piano, and acting. At the age of 22, she opened Jennifer’s School of Dance in a rented space in the basement of Hollywood Beauty Salon. She worked for Allstate Insurance in Roanoke where she met her lifelong best friend, Tammy (the Thelma to her Louise), while continuing to teach on the side. After meeting and marrying her best friend, Jeff, Jennifer came closer to home to work for the Department of Social Services in Franklin County and launched a dance and theater program at the Franklin County YMCA that remained under her direction from 1997 until 2006. During this time, she also sang for The New Virginians based in Roanoke, Virginia, directed the church choir and led after-school and summer music programs at Piedmont Presbyterian Church, and also sang gospel music with her parents and daughter as part of The Jamison Family Singers. In 2006, Jennifer decided to pursue her teaching career full-time and opened the Blue Ridge Performing Arts Academy, her life’s work and love, where she offered instruction in dance, piano, voice, and theater. She directed countless productions for the Franklin County community, exposing residents to the arts and reviving art education, and also competed and won numerous local, state, regional and national awards. She directed theater productions at Franklin County High School and also choreographed for the Miss Virginia organization. While Jennifer was often recognized for her talent with choreography, she was most proud of seeing and hearing from students that they had grown in confidence. She thrived seeing others reach their potential. Her legacy will live on in the countless lives of those she taught, mentored, and inspired. Jennifer is survived by her steadfast mother, Joyce Ann; loving husband, Jeff; devoted daughter, Lynanne; thoughtful stepdaughter, Billie Jo; precious grandsons, Urijah and TJ; jovial brother, Ben, and sister-in-law, Colleen; faithful best friend, Tammy; many special cousins, in-laws, nieces, and nephews; numerous mentees and art family members; and two spoiled rotten Boston Terriers, Lucy and Lily. Jennifer’s life will be memorialized at a private service and later celebrated at a future public gathering in the coming year. She requested to “go out with a bang” and her family intends to see that her wishes are honored and she is celebrated in a way that is as big as her love for the arts, this community and her students. In lieu of flowers, contributions can be made to a dance scholarship established by her family to annually support a dancer at A-List Dance Academy (formerly Blue Ridge Performing Arts Academy) in their pursuit of dance education. You may contribute online by visiting gofundme.com/f/jennifer-l-young-dance-scholarship. Jennifer wanted everyone to honor her legacy by living their lives to the fullest and keeping the arts alive in Franklin County. Arrangements to be announced by Conner-Bowman Funeral Home, Rt. 220, Rocky Mount, VA.

Jennifer Lynne Young of Callaway, Virginia was a treasured mother, wife, daughter, sister, grandmother, friend, mentor, teacher, church member and community leader whose flame will continue to burn on in the lives of those she inspired... View Obituary & Service Information

The family of Jennifer Lynne Young created this Life Tributes page to make it easy to share your memories.

Jennifer Lynne Young of Callaway, Virginia was a treasured mother,...

Send flowers to the Young family.