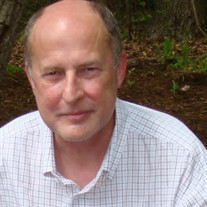 Johnnie Lynn Hudson, 68 of Mocksville NC peacefully departed this life on April 27, 2022. Born February 27, 1954, and originally from Franklin County, VA he was preceded in death by his parents George “Arthur” and Martha Hudson. Johnnie was a graduate of Virginia Tech and a proud supporter of the Hokies and enjoyed attending games with his brother George. Working in finance for all his career, he began at Morris Furniture Company which transitioned to Schewels as the credit manager before moving to First Virginia Bank, BB&T, and Situs AMC. He also worked part-time at Lowe’s and Wal-Mart in Roanoke and Mocksville to stay busy. He is survived by his wife of 32 years Barbara. Daughter, Jonie (Brian) Arrington, grandchildren Nicholas and Madison Arrington. Brother George (Debbie) Hudson. Niece Lindsey Hudson. Stepchildren Donny Meador, Todd Lewis, Mark Lewis, Greg Lewis, and Tracie Lewis. 14 step-grandchildren including Damian and Dacoda Lewis and Christine Willard of the home. 6 step-great-grandchildren with two more on the way. Johnnie enjoyed working in his garage on woodworking projects, sharing his love of classic rock, especially the Beatles and is credited for teaching his daughter, stepdaughter, and grandchildren about financial literacy. He fought a brief battle with cancer but never lost his wit or spirit, telling the nurse on his last day he was going to run a marathon the next day. We certainly hope he is running that race in Heaven now. As an organ donor, he will be helping two other people with the gift of sight, and that perfectly exemplified his character. Doing acts of kindness in quiet with no expectation of reciprocation or gratitude. A graveside service will be held Saturday, May 7th at 11 am at Mountain View Memorial Park with Pastor Henry Butler officiating. The address is 5970 Grassy Hill Road, Boones Mill, VA 24065.

The family of Johnnie Lynn Hudson created this Life Tributes page to make it easy to share your memories.

Send flowers to the Hudson family.