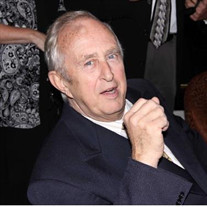 William Roger Bohon, Sr., age 77 of Chesterfield, VA passed away Tuesday, July 20, 2021. Mr. Bohon was born in Keen Mountain, VA to the late James Fred “Tag” Bohon and Clarice Lillian Martin. In addition to his parents, he was also preceded in death by his sister, Patricia Jean Ball; nephew Robert Wayne “Robbie” Ball; and granddaughter, Christine Jane Burchett. Roger grew up in Bluefield, VA and graduated from Bluefield State College. He was active in coaching football, basketball and little league baseball with his children and was known for teaching children to love the game and to learn rather than concentrating on winning at any cost. He taught sportsmanship and integrity. Roger loved to hunt deer and fish especially on the Outer Banks. The family would stay up late at night into the wee hours of the morning fishing for stripers or trout on the catwalk of the Herbert C Bonner Bridge. He loved playing board games and card games. Rook was his favorite. Most of all, he loved spending time with his grandchildren. Roger was Private First Class (PFC), military police for the Army Reserves for 6 years. He was a true American and was ready to be called to active duty at any time during the Vietnam War. He honored the American flag and believed in serving his country just like his favorite uncle did, the late Clayton Martin. Surviving are his loving wife of over 50 years Donna Jean Bohon; his daughters Kyla Bohon Miller (Jim) and Dr. Sonya Nicole Bohon; sons William Roger Bohon, Jr. (Rose) and Wayne Russell Bohon; grandchildren Nicholas Burchett and Jacob Burchett, Kaitlyn Miller and Lindsay Miller; Clayton Bohon and Abigail Bohon; Special friend of the family, Tammy Peters who was like an adopted daughter and the one who Roger loved to pick on. Roger loved Tammy’s children, Ashley Hodges and Brenden Hodges. He enjoyed having those kids and Tammy come down to his place at the beach just as if they were his own kids and grandkids. He loved playing with baby Barrett, Ashley’s son, during the last few weeks of his life. Other people who have had a special place in Roger’s heart. The late LP Graham, the late Billy Bohon, Tag Bohon and Roger would all sit around the campfire late at night during the Chambers family reunion and have energizing conversations with each other. They would tell each other and sometimes the rest of us some mind blowing stories. The late Andrew Woods was a person who adored Roger so much that he called him “Uncle Roger” even though they were technically cousins. Roger loved picking on his niece, Rhonda Ball, and cousins, Christy Bennett and Kayla Hoffman. He was all about having fun and he always had a smile on his face. The family would like to thank the people with Carilion Home Health and Carilion Hospice. Specifically, dad’s nurse, Helen Wilcox. Also nurses Karen Jones and Rachel Poorman, Tyresa Drakeford, Sabrina Reeves, Dr. Sarah Stubbs and Kevin Burgess. We also want to thank dad’s PCP, Dr. Jason Lee, for caring enough to talk with us after hours just to check on dad periodically after he was placed in hospice. Also the Pastors and Denise at Eastlake for helping us and providing support and prayers. Flowers are appreciated or donations may be made in Roger’s memory to the Eastlake Community Church Youth Program, 1201 Timberwood Ln, Moneta, VA 24151. Please place Roger’s name on the memo line. Funeral services will be conducted 10:00 a.m. Saturday from East Lake Community Church, 1201 Timberwood Ln, Moneta, VA 24151 with Walter Hughes, Jr. officiating. Interment will follow in the church cemetery. His family will be receiving friends starting at 9:00 a.m. until service time at the church on Saturday and Friday night from 6:30-9:00 p.m. at Conner-Bowman Funeral Home (Rt. 220 Chapel) 62 Virginia Market Place Drive, Rocky Mount.

The family of William Roger Bohon Sr. created this Life Tributes page to make it easy to share your memories.

Send flowers to the Bohon family.