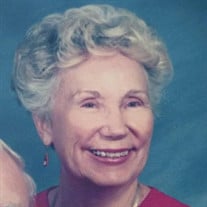 Martha Ann Via Wingfield departed this life on Saturday, October 9, 2021. She was a native of Roanoke, VA and lived most of her life in Newport News and other parts of Virginia before moving to Smith Mountain Lake in 2001 for her retirement. She was predeceased by Richard L. Wingfield, Jr. her loving husband of 62 years in 2013. Martha Ann is survived by her son, Richard L. Wingfield, III and wife, Lisa of Pinehurst, NC and daughter, Via Ann Jewell and husband, Mike of Destin, FL. She leaves 4 grandchildren, Brandon Wingfield and wife, Lily of Amelia Island, FL, Wesley Wingfield and wife, Kristin of Carlisle, PA, Matt Jewell of San Diego, CA, Mia Puglisi and husband, Jake of Richmond, VA; along with 8 great grandchildren. After graduating from Lynchburg College in 1952, Martha Ann continued her education. She received a Master’s of Education degree from Longwood College with additional studies from The College of William and Mary before embarking on a career in public education with the Newport News, VA educational system. Martha Ann began her career teaching school at Warwick High School in Newport News in the Business Department. She also headed up the Distributive Education program. In 1964, she left Newport News to become principal at Drakes Branch Elementary in Charlotte County, VA. She then returned to Newport News in 1967 to work at three elementary schools as principal for the next 20 years before her retirement in 1987. While retired, Martha Ann enjoyed traveling abroad and visiting all 50 states as well as entertaining friends and family at Smith Mountain Lake. She also spent time playing the piano, doing needlepoint, reading and making memories with her children, grandchildren and great grandchildren. Martha was a member of Halesford Baptist Church and part of the Golden Agers. In 2012, she suffered several strokes and became a resident of Runk and Pratt Senior Living in 2013. Due to the current Covid situation there will be no service. Burial will be private for family at the Wingfield Cemetery in Snow Creek. The family would like to thank the staff of Medi Home Health and Hospice of Roanoke, VA and Runk and Pratt Senior Living of Smith Mountain Lake, VA. It’s impossible to mention and thank everyone that touched Martha’s life one way or another with their kindness, loving care and support through Martha’s journey. Memorial contributions may be made to : Moneta Rescue Squad, P. O. Box 65, Moneta, VA 24121. Arrangements by Conner Bowman Funeral Home, 62 Virginia Market Place Drive, Rocky Mount, VA 24151 (540) 334-5151

Martha Ann Via Wingfield departed this life on Saturday, October 9, 2021. She was a native of Roanoke, VA and lived most of her life in Newport News and other parts of Virginia before moving to Smith Mountain Lake in 2001 for her retirement.... View Obituary & Service Information

The family of Martha Ann Via Wingfield created this Life Tributes page to make it easy to share your memories.

Martha Ann Via Wingfield departed this life on Saturday, October...

Send flowers to the Via Wingfield family.